I am writing this after having a rant in one of my WhatsApp groups and realising they probably don't need to hear me going on about things that are annoying me, they probably have their own stuff going on. So, I thought I would write it here then it is a choice whether you read it or not.

As you may be aware, me being grumpy is not unusual, I have blogged about it previously here, here, here and here. There are more posts than this, but I don't want to overwhelm you with how incredibly grumpy I am.

I only have three things today that are pissing me right off, but they are biggies!

1.Boris Johnson and the Conservative Party in general - Okay, this is a big one. Boris Johnson is a liar. Fact. Here are some (but not all the things he has lied about).

In addition, the leader of our country is a pretty terrible person, he has referred to Muslim women as letter boxes, called black people 'piccaninnies', he used a racist description of  Barack Obama during the EU Referendum, he called gay men 'tank topped bum boys'. He weakened the defence for Nazanin Zaghari-Ratcliffe who was wrongly accused of spying and has only recently been released from prison in Iran by saying she was there 'teaching people journalism'.
He is all the things a person should not be, racist, sexist (how many children?), homophobic. This is the person the country chose as prime minister. I am baffled by this, I feel like I am the only person, sometimes, who sees the news. Do others not see him for what he is? How his indecision meant more people died of Covid than should have. He didn't listen to the medical advisors, so people died, but it's okay because he got to party.
As for the rest of the party - well, lovely Dishi Rishi Sumak, who, via his wife and his wife's dad is dodging taxes left, right and centre. Then there is Pritti Patel who is leading the advance on sending immigrants to Rwanda. RWANDA! Does she know about the human rights issues there??? Most of these immigrants didn't come to our country for shits and giggles, they came because they feared for their lives or the lives of their families. And how much is this going to cost us? No, no and NO. FFS. Then we have Nadine Dorries, who very kindly reminded us that the Conservative Party are actually only interested in their donors, not the people of this country. Ultimately, its about money and not humanity...I can't even... I have to stop, or the rage will get me - probably because I can't get my HRT because of frigging Brexit and Covid and war. 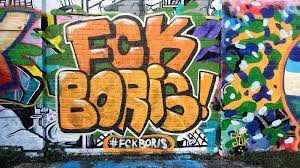 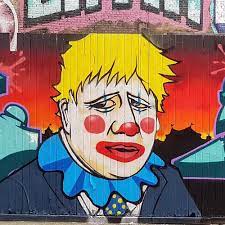 2. Well that was a long one, what's next? Restaurants who say they are coeliac friendly and then my daughter finds out the hard way they're not.

As you may be aware my youngest daughter has recently been diagnosed with Coeliac Disease. For those of you who have heard of it but aren't sure what it is, it is an auto-immune disease, where her body attacks her if she eats gluten in any form, even a tiny crumb, even a chip that has been cooked in a deep fat fryer that has also cooked something breaded. It has been a long journey to get to this diagnosis and you can read about that here. It is a journey that she is still on. Unfortunately, she still hasn't seen a specialist or nutritionist (bloody Covid, bloody shit governments not offering enough funding and support to our NHS).

However hard we try to avoid all things gluten we still make mistakes and largely these mistakes seem to be taking her to restaurants that say they are not going to poison my daughter, then do. Because that's what it is. It's devastating watching your small person feel constantly poorly. Again, I realise, this isn't a simple thing. But if you think 1 in a 100 people are recorded as having either a gluten intolerance or have coeliac disease and the clever statisticians actually believe that only 30% of people are diagnosed which means that potentially there are 2.35 million people in the UK who need safe gluten free food. Just from a financial perspective this is an untapped market. Surely, the incident with the poor young woman on the plane, who sadly died because of lazy labelling should have taught people in the food business something? Unfortunately, I think we are still some way off.

3. DHL - (this applies to other delivery companies but DHL have particularly annoyed me) Why, you ask, surely they are just trying to deliver lovely parcels to you. Well yes they are, but they could do it so much better.

Now this gets complicated, because on the one hand I aware the drivers have practically impossible schedules to keep, so are always a little stressed. However, if a person (me) has put that they can leave the parcel in my porch (because I work two stories up in my bedroom and I'm lazy and don't want to come downstairs every time there is a delivery), then they should leave the parcel in the porch. If, however, a signature is required, then they should ring the door bell, which is one of those lovely Ring one's so I can see who it is before I run down two flights of stairs. If, however, the delivery driver, doesn't leave it in the porch or attempt to ring the bell, then says they will try again the next day, that pisses me off. I am unsure what they did, I didn't hear them trying to knock. Did they just lurk outside for a moment then go, 'Nah, can't be bothered'? If, then, the next day they do the exact same thing and I literally have to run into the street and beckon them back, (my husband had a good laugh watching the Ring footage of me doing just this) something is seriously wrong. Am I angry at the drivers? No, I'm angry at their head office. They need to give the drivers schedules that can be met within timescales that are reasonable and give the drivers enough time to deliver the lovely parcels effectively. They should train the drivers to check delivery preferences etc.

This is typical of business these days, they think they are saving money, but actually, my delivery took twice as long and left me thinking if I send a parcel I won't use DHL and should I become a goliath of business (unlikely) then this could cost them a load of money.

Okay, I think that's enough for one day. For those of you who made it to the end of my rant, well done. I applaud your tenacity, because that was A LOT. 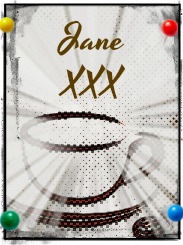 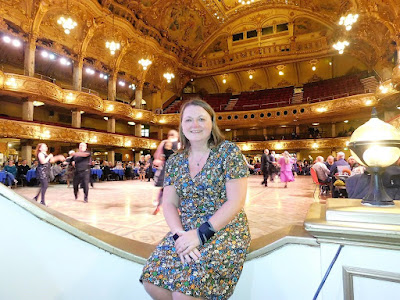 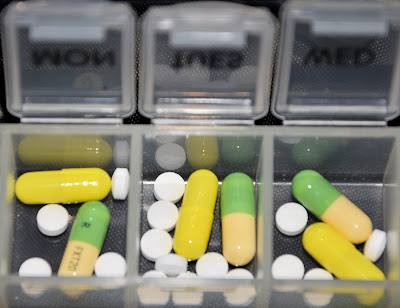 Better The Devil You Know 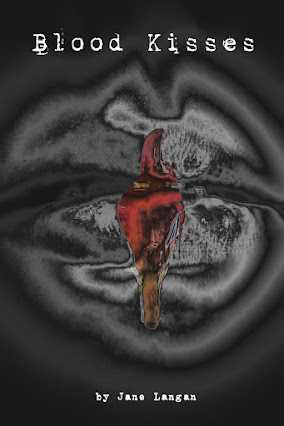 An Anthology of Poetry